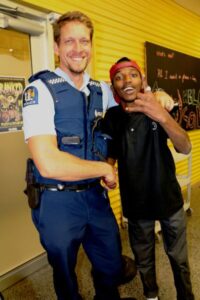 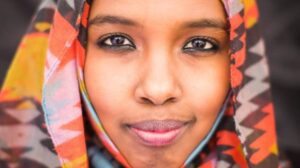 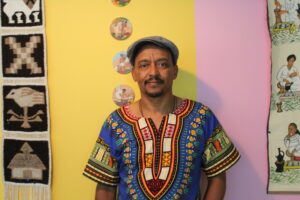 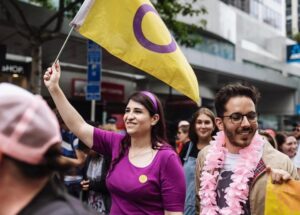 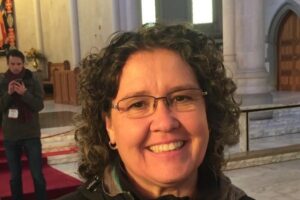 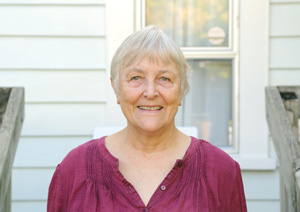 Awarded to a person who has worked within the sector and made a significant contribution.

This nomination is in honour of the professionalism, commitment to humanity and passion that Rob bring to his role as he interacts with former refugees, communities and sector stakeholders. Rob is an excellent example of a professional who has an in depth understanding of the journeys of former refugees and the complex settlement challenges that they face upon arrival and settlement in Aotearoa New Zealand. In our countries of origin, often the relationship with Police Officers is a difficult one as they are the authority and often are the perpetrators of violence and breach of an individual’s human rights. Rob has and continues to work hard to change that perception. He has built trusted relationship with members of former refugee and faith communities which then enables individuals to seek help without hesitation from New Zealand. He works collaboratively with a range of providers and stakeholders to ensure that former refugee community members have access to information about NZ systems, understand the roles and functions of NZ Police including at the Mangere Refugee Centre, Driving License theory sessions, youth leadership and development, family violence awareness for males and females, visits to individuals and whanau who need support to report criminal activities, family violence, harassment and intimidation by individuals and neighbors.

Elianna co- founded Rainbow Path. RP is not just an organisation that does a meaningful work with LGBTIQ+ forcibly displaced communities, they are a supportive whanua for those who face barriers to connecting into their own ethnic communities. Elianna has done an important work in helping to make visible, the needs and struggles of this hugely marginalised community.  Eliana advocacy is tireless, one of the many actions she is involved with has been co-drafting the Canberra statement (on the access to safety and justice for LGBTIQ+ people seeking asylum and refugees), a document unique of its kind, that was presented at the Global Refugee Forum in Geneva last year.

Awarded to someone from a refugee background who contributes to positive resettlement outcomes for others.

Dawit has given his life to support refugee background people. He is always willing to give his time, he tells his personal story tirelessly to different organizations both in NZ and abroad.  He has made a difference to many former refugees lives in NZ just because he comes from a place of humbleness and listening to their stories. He is able to change the hearts of people who don’t understand or acknowledge refugee issues raising awareness and support for settlement.

Even though Dawit’s paid job is to only work with quota refugees, he regularly offers help and support to vulnerable convention refugees or asylum seekers in his spare time. He is a vocal advocate and and strongly committed to social justice. He has also openly shared his own refugee journey in various settings to different audiences in the hope of raising awareness not only of the plight but also the resilience of former refugees. I have worked with many people from refugee-backgrounds in the sector and while many are very committed, not many are like Dawit who would put the need of the former refugee first and foremost and not worry about being remunerated. He is truly deserving of recognition and acknowledgment for his enormous contribution over the past 15+ years.

Naima is a Refugee & Pathway coordinator at Mt Roskill Grammar School since 2015. She works to support refugee students at equitable educational outcomes. She works to empower young people from all walks of life. She was also a Youth Leader at Ummah trust and Refugee Youth Action Network, working with refugee youths. She was an event manager at Muslim Youth Advisory Council and AUT African club. She also works as a coordinator for Project Tamkeen in her own time to empower refugee women in the community.

She is a woman who inspires other young women from refugee background with her work, her personal attributions and her nature.

Awarded to a person who is a passionate advocate for young people from refugee backgrounds.

Chu Moo Paw is an inspirational young lady. She came with her parents and three brothers from Myanmar under the Refugee Quota Program. When she came to Mangere College she was placed in Yr 9 ESOL. She has worked hard to improve including by taking opportunities in service to the school and the community and in striving for excellence in her schoolwork.

Part of the reason for Chu Moo’s sucess so far at school is the way she has taken opportunities to improve her English and her communication skills by volunteering in school and community settings. This has included extensive involvement with the school Health Council, Red Cross and School Garden Club. She is the Head Librarian teaching the new students library skills. At Mangere College we have a total of 28 refugee students. Chu helps to provide emotional support, guidance and role modeling. Chu has been accepted at Auckland University of Technology, Bachelor of Business

Chu took time out during her summer vacation this year to attend the Youth Leadership Program for Polyfest. This has given her the confidence and the respect of the other students to lead our Refugee Group. She choregraph the Bamboo dance Polyfest 2019 and Karen dance this year to perform at Polyfest, at school assembly to Refugee Migrant Advisor, guests, staff and students and at the Mangere East Cultural Festival.

During the weekend she is seen teaching youngsters in her community the Karen language and dance, often helping out during their fundraising activities.

Awarded to a person who has demonstrated loyal commitment to the work of RASNZ.

Jill has worked alongside RASNZ for a number of years now, she supports our youth team as a driver, ponder sessions mentor, cleaner, kid wrangler and much much more. Jill is often spotted at events shaking a bucket or holding space at our stand. Jill is a firm member of the RASNZ Whanau and we are very pleased to be able to acknowledge her selfless service to us and those we support.

Fiona was among the early supporters of the Auckland Refugee Council, now ASST. She was always there as a supporter and has for many years served on the Board including several years as Chairperson. She is also Chair of ALAC and continues as a volunteer at ASST. Professionally, when teaching Spanish at the University of Auckland she raised the consciousness of many students to the situation in Latin America and refugee and asylum seeker issues. She was a highly professional and trusted interpreter and there are few who have worked so hard for so long while remaining modest and unassuming. Fiona has worked in several roles over many many years; voluntarily and professionally. she is widely trusted and admired.